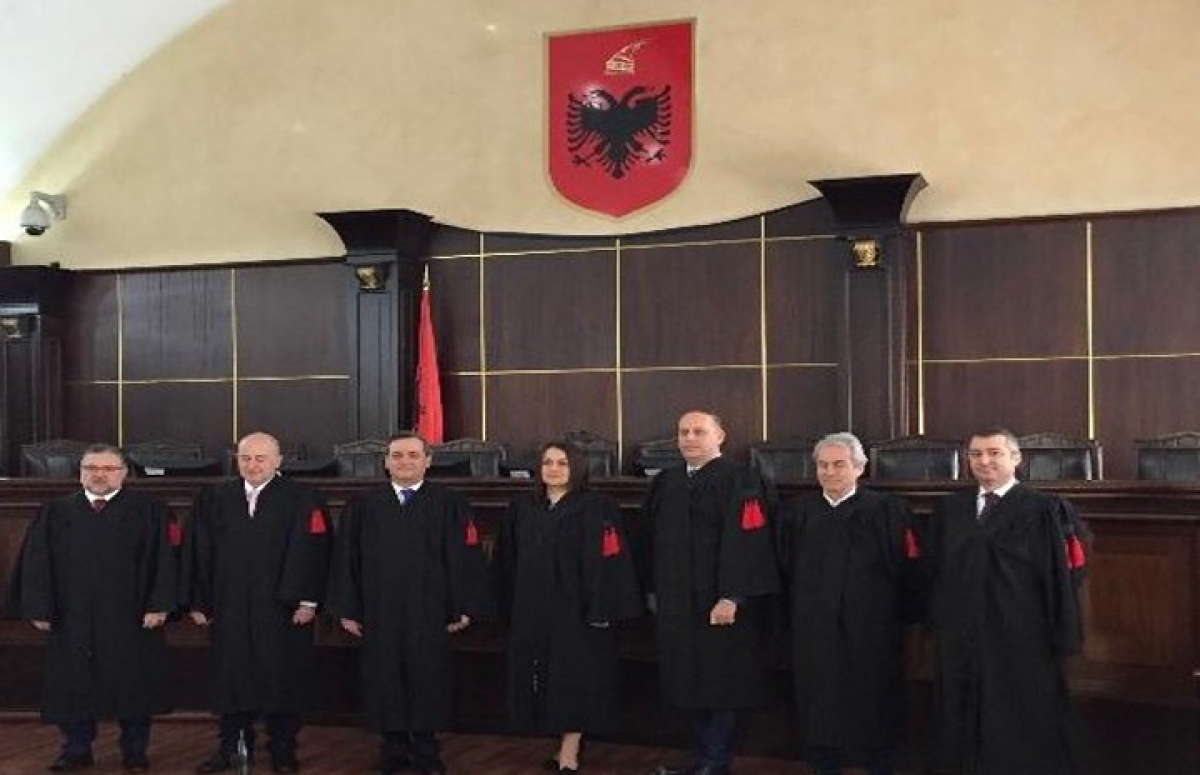 On 24 March, an inauguration ceremony was held in the premises of the High Court in honour of the four newly appointed members of the courts, Judges Sokol Binaj, Albana Boksi, Sander Simoni and Klodian Kurushi.
EURALIUS representatives were invited in this event and expressed the willingness of the project to continue supporting the efficient organisation and performance of the High Court.
EURALIUS has been supporting the High Court and the other beneficiaries in the elaboration of the recently adopted amendments to the Procedural Codes as well as Status Law and Judicial Power Law with the aim of harmonising and simplifying the procedures of adjudication at the High Court, in view of ensuring an expedient delivery of justice, while safeguarding a robust and transparent process.

EURALIUS will continue to assist the High Court in strengthening its role as a Court of Cassation as well as in its internal organisation and workflow, especially in the setup and consolidation of internal structures
brought upon during the justice reform process, chief among the Legal Unit and Documentation Centre, in view of international best practices and models.

More in this category: « Legal Aid Manual Training on Proactive investigation in the fight against corruption, financial crime and public procurement »
FaLang translation system by Faboba